News & Events: Corktown Common is closing, Adornments on Queen sale + the Pan Am Torch is coming 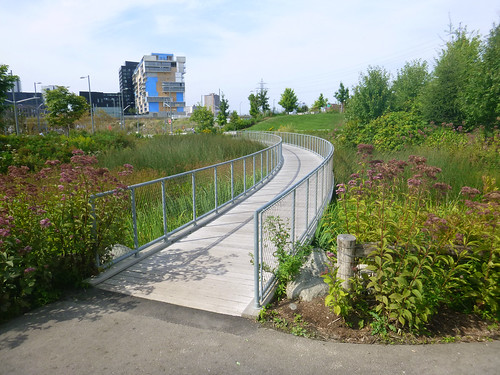 ENJOY IT WHILE IT LASTS: Corktown Common is set to close on June 1 as the fence goes up for the Toronto 2015 Pan Am / ParaPan Am Games. It will re-open to the general public at the end of the summer. Photo by Samuel Bietenholz.

CORKTOWN COMMON CLOSURE: We’ve received word that Corktown Common is set to close on June 1 as the security fence goes up for this summer’s Pan Am / ParaPan Am Games. The park will be fenced off until after the games end. Officials have promised the park will be the first area of the village they work to re-open in September.

The closure of the park during the Pan Am Games was always part of the long-term plan. Underpass Park will remain open, and will be the site of our Corktown Day Party and Live Art Festival on June 20.

ADORNMENTS ON QUEEN ON SALE: Adornments on Queen (338 Queen East, at Parliament) is celebrating their FIFTH ANNIVERSARY in Corktown! Between Thursday, May 28 and Sunday, May 31, come celebrate and get 50% off all regular prices! An amazing deal from a great Corktown business!

PAN AM GAMES ARE A BIG DEAL — ECONOMICALLY: Exclusive to Corktown.ca, local resident Dennis Kucherawy has a story looking at Toronto 2015 Pan Am Games / ParaPan Am Games CEO Saäd Rafi’s upcoming speech at the Toronto Board of Trade. Rafi will be discussing the huge economic value of the Games, and opportunities for local businesses — of all sizes — to get involved. Click here to check out Dennis’ story!

The Board of Trade event featuring Rafi will take place Monday, June 1 at the BOT head office in First Canadian Place. Things will kick off at noon. You can buy tickets online by clicking here.

Toronto 2015 also has a map detailing the torch’s epic journey.

EAST UNITED CONDOS: Urban Toronto has a story about the launch event held for the EAST UNITED condo project, set to go up just north of Adelaide, between Berkeley and Parliament Streets. We’re looking forward to welcoming more new neighbours!

THOUGHT EXCHANGE: Our pals at the St. Lawrence Public Library are excited to welcome scientist and telescope-builder Dr. Keith Vanderlinde as a guest speaker. He’ll be speaking on Tuesday, May 26 between 7 and 8 p.m on the subject of COSMOLOGY, CELLPHONES AND VIDEOGAMES. What a combo. Attendance is free. Details are online.

In the news: the latest on the Gardiner East
Announcements

In the news: the latest on the Gardiner East