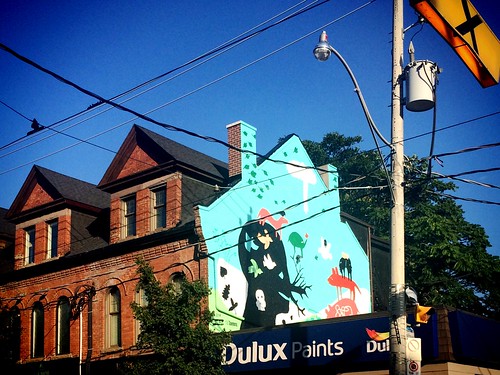 Look up and you may notice something different about the corner of King East and Sackville. The wall above Dulux Paints has been transformed by a new mural thanks to our friends at SKETCH and StART. Check out SKETCH’s Facebook page for photos showing the painting process.

There are only a few Farmers’ Markets remaining in Regent Park on Wednesdays! As they close the season, they’ll have local craft vendors join our farmers and prepared food chefs. Join good friends and neighbours at the Regent Park Famers’ Market for real food and fun on Wednesdays from 3:30 – 7:00 p.m. through to the end of September. For details, check out the market website. 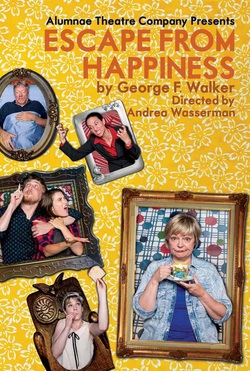 Our friends at Alumnae Theatre are gearing up for their new season. Their next production, George F. Walker’s ESCAPE FROM HAPPINESS debuts on September 26. Here’s a summary: “A bizarre event in a dysfunctional family prompts an incident of brutality in this intensely dark original Canadian comedy.” Alumnae’s shows are always well worth your time, so be sure and grab your tickets online.

If you’re looking for ways to relax in this crazy back-to-school season, Corktown’s own Body Blitz Spa is offering an after school special every Thursday during the month of September. Check out the details on their website.

Toronto’s municipal election is fast approaching. To be sure you’re ready to mark your ballot on October 27, check out the city of Toronto’s MyVote website. There, you can enter your address and make sure you’re on the voters’ list. We’ll have more details on candidates and poll locations on our website shortly.

It seems like everyone loves Corktown Common! Most recently, Wired magazine joined the chorus of praise. Check out their article here.

Last week, BlogTO published a series of archive photos of Queen Street East from the 1980s. The set includes some great shots of Corktown, including a rare 1981 look at the Dominion on Queen. Things sure have changed, haven’t they? 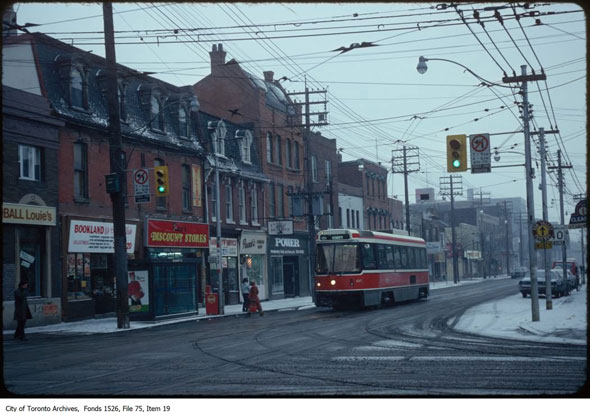 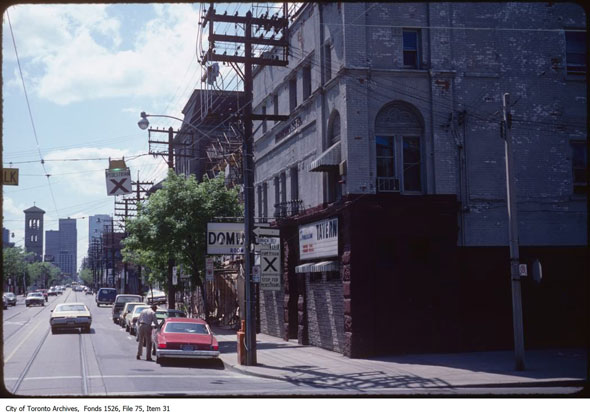 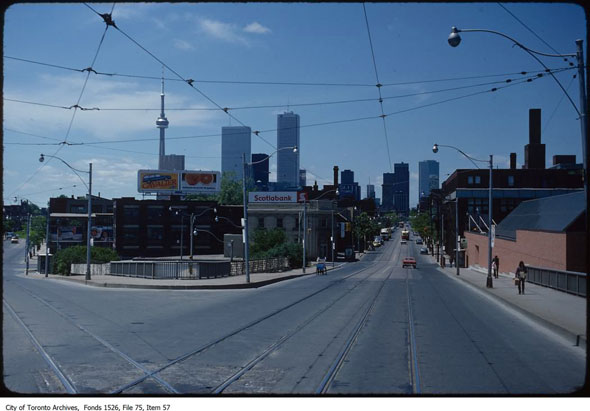