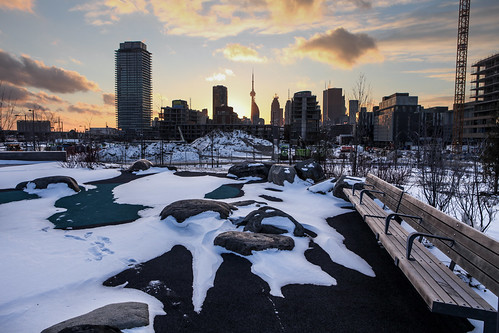 The Toronto Star’s Christopher Hume had a great column last week on the recently-restored Georgian Storefronts at King East and Parliament. Our friends at Little Trinity Church did a fantastic job restoring the building — it’s a big win for heritage in Corktown.

Corktown favourite Adornments on Queen has published their February 2014 newsletter, with lots of great sales and deals for Valentine’s Day. Give it a look and be sure to pay them a visit this month.

Councillor Pam McConnell has posted a summary of the City of Toronto’s 2014 operating budget and ten year capital plan. Give it a look to learn about the services and projects being funded this year.

If you go to one local event this week, make sure it’s the Corktown Residents & Business Association Annual General Meeting. It will be held Tuesday, February 4 between 7 and 9 p.m. at the Dominion on Queen (500 Queen East). In addition to all the usual merriment, the meeting will see the selection of a new board and remarks from MPP Glen Murray. We’ve got some details here.

On Thursday, February 4, Waterfront Toronto is holding another public consultation on the Gardiner East Environmental Assessment. The public meeting will inform residents about the current state of their study, which seeks to determine a path forward for the section of the highway between the Don Valley Parkway and Jarvis Street. The meeting will be held at the Toronto Reference Library from 6:30 to 9 p.m. You can find more details online.

Also on Thursday, February 4, head back to the Dominion on Queen for the Wee Folk Club — a Toronto staple that recreates the best of British Folk Clubs right here in the Big Smoke. This week, the Folk Club welcomes veteran guitarist Tony Quarrington and banjo-driven singer Hannah Shira Naiman. The tunes will start at 7:30 p.m. in the Dominion’s back room. Cover is just $10. Visit the Wee Folk Club website to learn more.

Kicking off on Thursday, February 4 and running through Sunday, February 9, the Arta Gallery in the Distillery District will play host to DIMENSIONS, an exhibit of work from four different Toronto artists. For gallery times and information on the opening reception, click here.

And don’t forget that over at Alumnae Theatre THE LADY’S NOT FOR BURNING continues its run. We’ve only heard great things. The show closes on Saturday, February 8, so don’t miss your opportunity. Find show and ticket details at Alumnae’s website.